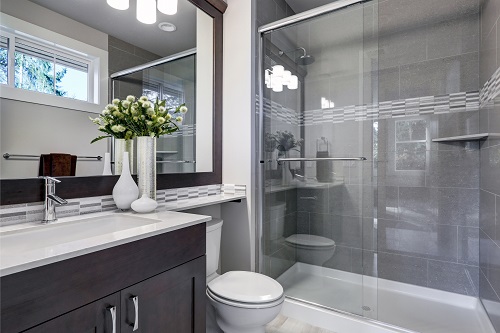 A Brief History of Your Bathroom

With the holidays approaching, many homes will play host to tons of family and friends. If your home is the one being invaded, you’re probably going to want some alone time sooner rather than later. What better place than the bathroom? It’s designed for one person and there’s a lock on the door. While you’re in there, we’ve got the perfect light reading for you. Learn how the modern day toilet came to be.

The Dawn of Indoor Plumbing

Even still, flushing was a luxury reserved for the upper classes. The common folk would have to wait another 100 years for this technology to enjoy the power of the flush. Those living in rural areas wouldn’t get this ability until well into the 20th century.

A Privileged Piece of Furniture

It’s weird to think about, but toilets were once considered a piece of furniture. This was especially true in the 18th Century. The Victorian era was all about luxuriousness and pretty accent pieces, so it makes sense that toilets would follow suit. They were porcelain during this era as well, but many were adorned with paintings of flowers or other pleasing images.

While toilets would not become a standard part of every household until the mid 20th century, public restrooms stretch back much further. The Middle ages had some form of public lavatories, but again, these were limited.

The first public bathrooms with flushing toilets entered the scene in London in 1852. Forty years later saw the first pay toilets. Unfortunately, locks wouldn’t be installed right away and toilet paper would not be sold in rolls until almost 1930!

Toilets continue to inspire innovation. From low-flow and automatic flush to actual smart toilets. When you think about it, it’s not surprising. We use the restroom every single day. It makes sense that we’d want to make it as easy and enjoyable as possible.

We take this technology for granted, but there are many parts of the world where toilets are still a luxury. This leads to issues with sanitation, and led to the creation of the World Toilet Organization, which helps nations around the world gain access to a better trip to the bathroom.

We take toilets for granted until they don’t work. If you need help getting your favorite seat in the house back up and running, contact Terry’s Plumbing today.