Can Pipes Freeze In One Night?

Yes, pipes can freeze overnight. The lower the temperature outside and the more unprotected the pipes are, the more likely the pipes are to freeze. As a homeowner, you may have many questions about the consequences of frozen pipes and what can be done to prevent this problem from occurring. In this post, we’ll address some of your concerns and suggest a few methods for preventing your pipes from freezing.

At What Temperature Will My Pipes Freeze? 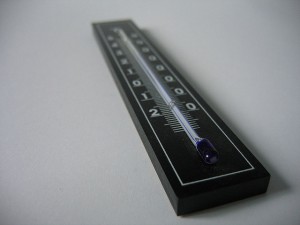 This is a complicated question that has been thoroughly explored by experts. There is no simple answer. Water freezes at 32 degrees Fahrenheit, but indoor pipes are somewhat protected from outdoor temperature extremes, even in unheated areas of the house like in the attic or garage. Just because it’s 32 degrees outside doesn’t mean the pipes will reach those temperatures.

As a general rule, temperatures outside must drop to at least 20 degrees or lower to cause pipes to freeze. In northern climates, where the temperatures regularly fall below freezing, modern homes tend to be well insulated and water pipes are located on the inner parts of the house for extra protection. In older homes, this is not always the case. In southern climates, hard freezes can be more problematic because homes there are not built to accommodate cold temperatures.

The most vulnerable pipes are:

Assume your home is vulnerable if you’ve had problems with freezing pipes in the past. If you’re unsure which pipes in your home are vulnerable and at what temperatures, have a licensed plumber take a look at your pipes. He or she may be able to assess your home’s weaknesses and tell you at what temperatures you should start to worry. During the winter time, pay close attention to the weather reports and the news. Local weathermen may mention when homeowners should be concerned about low temperatures.

What Happens When Pipes Freeze?

Water expands when it freezes, so sometimes pipes burst when they freeze. This can result in hundreds or even thousands of dollars in damage, depending on where the burst occurs, how long it takes to catch the problem, and how much water is leaking from the pipe.

In some cases, pipes don’t freeze, but the ice inside the pipe can block unfrozen water from flowing through the pipe, resulting in an inconvenience.

If your pipes do happen to freeze, we wrote a post a little while ago about the best methods to unfreeze your pipes.

How Can I Prevent My Pipes From Freezing? 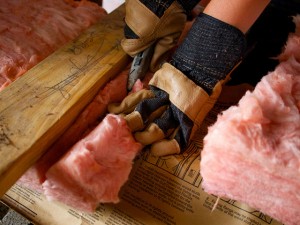 Insulation can help protect your pipes from freezing temperatures. Commercial self-adhesive insulation is available at hardware stores and home improvement centers. Insulate the pipes on the outside of the home first, because these pipes are the most likely to freeze. If you don’t want to pay money for specialty insulation, simply wrapping your pipes in newspaper or blankets can help.

To prevent your pipes from bursting, open up your faucets to a slow dribble when temperatures outside drop. This will relieve the pressure inside the pipes, so that if your pipes do freeze, the ice won’t cause a rupture.

For more information about protecting your pipes, thawing your pipes, or repairing pipes that have burst, residents of the Pittsburgh area can contact Terry’s Plumbing. We hope you and your pipes stay warm this winter–but if you need a plumber, we’re here to help!

4 thoughts on “Can Pipes Freeze In One Night?”