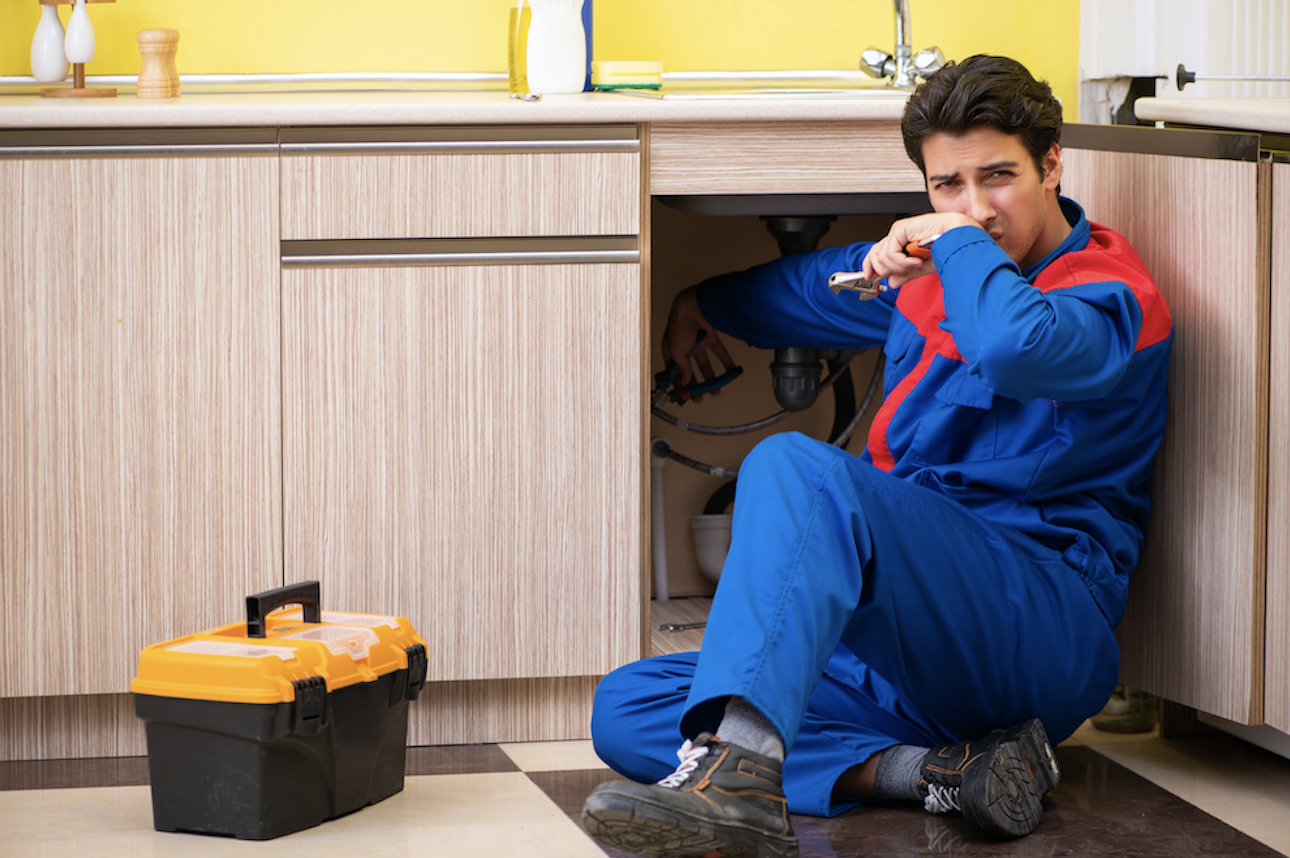 Ew, that smell. It happens a lot—your water just plain stinks. The kitchen sink has suddenly become nauseating, or the toilet seems a bit funky lately. But you keep a clean home, so what could be the problem? Many causes of plumbing odors are beyond your control, but it’s helpful to know what to look for when problems crop up.

Drains are frequent culprits for plumbing odors in your kitchen and bathroom, and most result from one of only a handful of issues.

Under every sink is a drainage system, including a curved pipe, called a p-trap. Between sink uses, the trap holds water in the curved bend to seal out rising sewer gases that would otherwise enter your home. If the sink is left unused for a few days, the p-trap dries up, allowing sewer gases (and odors) to escape. At the very least, run water down the drain for a minute or two, but a mixture of vinegar and baking soda may also help.

One sink is bad enough, but if odors extend to multiple sinks, bathtubs and showers, there might be a serious problem. In this case, the sewer line is likely compromised, and might even have a break in the line that transports your wastewater to the sewer system. Pay attention to any unusual noises near drains, like loud gurgling. When in doubt, call a professional, as further damage could result in sewage flooding into your home.

Drain vents lie at the top of your roof to help minimize sewer gas pressure in the wastewater system, keeping the pipes healthy and preventing sewer gas from getting into your home. When the system works properly, drain vents push these gases beyond your water sources and out to the roof. They’re not perfect, though. One of the most common causes of plumbing odors is a drain vent clogged due to snow and animal nests. Here, unpleasant sewer gases are blocked from the vent and instead come up through the drain. To fix the problem, have the debris removed by a professional.

Every toilet is sealed underneath with a wax ring, which affixes the toilet properly to the floor and prevents leaks and odors. Wax doesn’t last forever, so the ring will loosen or break after a while. In this case, the air and water in the corresponding pipe end up fighting for space, with the air and noxious sewer gas being forced back up and into the room. Solution: Reseal the toilet with a new wax ring.

While you probably pay more attention to complete toilet blockages, partial clogs happen too. The toilet might flush just fine, but small objects lodged inside the system collect bacteria. If this is a possibility, (i.e. if your child has dropped a small toy in the bowl), snake the drain.

While the issue is more prevalent in the summer months due to humidity, bacteria can seep into the toilet any time. These sewer organisms latch onto the toilet bowl over time, emitting a nasty odor. Dump a bit of bleach into the flush valve that resides in your toilet tank. A flush or two should kill both the offending bacteria and stench.

When icky plumbing odors pop up, no one wants them around for long. From dealing with sinks that make you go, “pee-yew,” to replacing damaged toilet seals, the team at Terry’s knows how to get your plumbing back in top shape. Contact us to discuss your project.