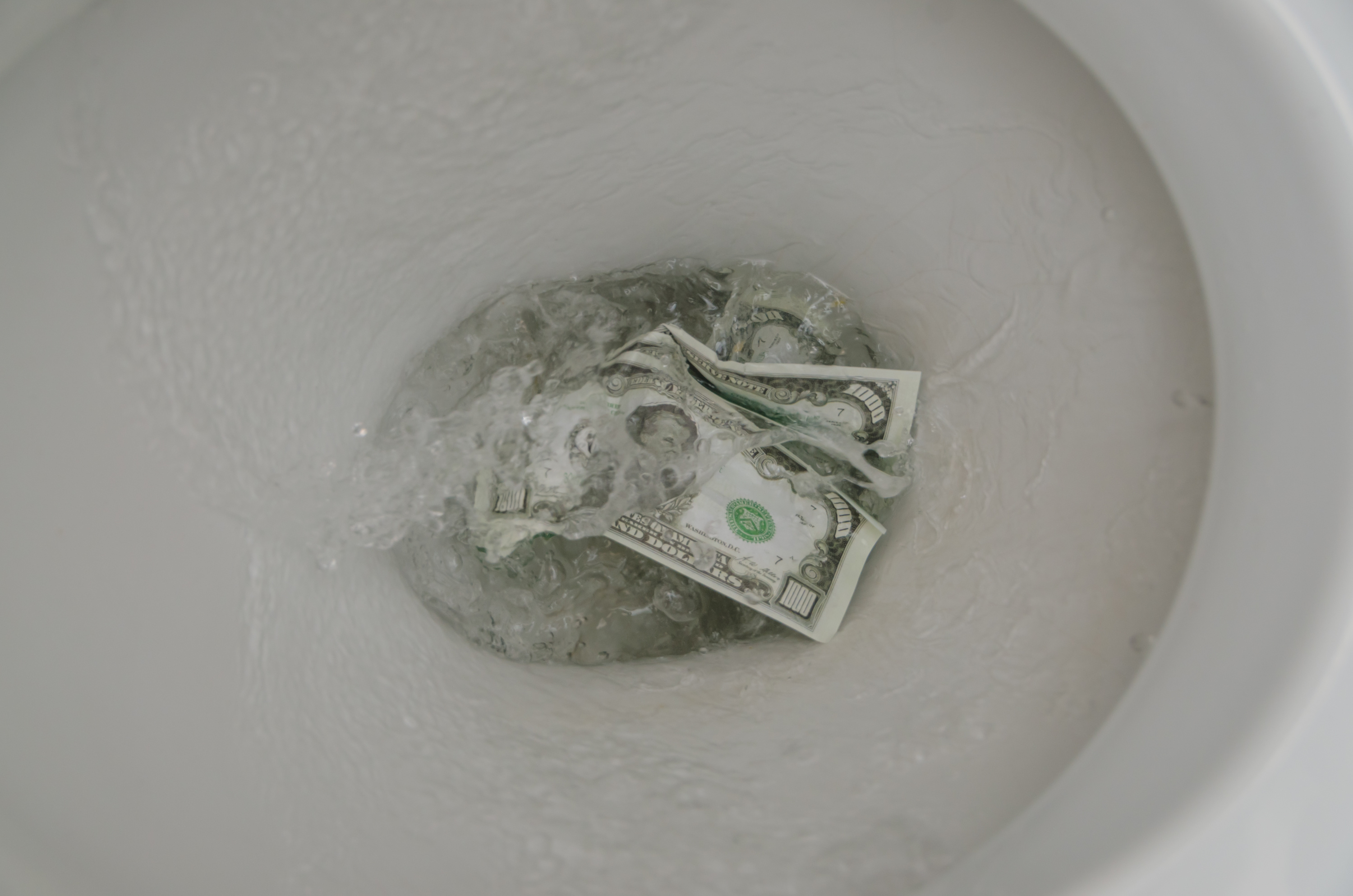 Fixing plumbing problems isn’t all sunshine and roses. It’s hard work, and often pretty dirty, too. Every once in awhile, though, we can’t help but step back and chuckle at the oddities we encounter along the way. Here’s just a sampling of some of the crazy things plumbers find on the job.

While small critters like mice are common enough in plumbing systems, the last animals you’d want to encounter are household pets. After hearing cries for several days, the team at an auto repair shop stumbled upon a kitten stuck in a nearby underground pipe. Unable to maneuver to get the animal out, the team got hold of a plumber who used the lowest setting on a vacuum to gently pulling kitty to safety.

Not crazy enough? How about a reptile? Back in 2015, a Florida woman called a plumbing team to help with a toilet than wouldn’t flush. Simple clog? Actually, it was a live iguana which had made its way into the house via roof vent.

While the plumbing system might not be an obvious source of wealth, people have cashed in quite a bit on interesting finds. In one instance, a small fortune was discovered in a toilet of a coffeehouse bathroom. After robbing a nearby bank, the thief sought refuge in a local cafe, hiding the stolen bills in a toilet, which became clogged and flooded the bathroom. The cash—and ensuing flood—was found shortly after the man was caught.

A more lucrative find? A year after a Detroit plumber removed a drum tap from a local home, he remembered to investigate the saved piece of hardware, which had a distinct rattling noise inside. The pro cut the component open, revealing a 4.6 carat heart-shaped diamond.

As crazy things plumbers find on the job go, teeth are some of the most common items. Plumbers across the globe never fail to find sets of chompers in places ranging from bathtubs to sinks. One frequent scenario? While putting in, taking out or cleaning false teeth, people frequently drop them in the toilet. In one instance, a man had a few too many drinks, only to be frustrated by a plumbing stoppage the next day. The plumber in charge dislodged the clog by removing a full set of teeth. The resident completely forgot that they’d fallen out.

Broccoli, carrots. One of your kids has probably tried to sneakily dispose of food they didn’t like by discarding it in the bathroom. But what about larger food items? It certainly happens, and it’s not just kids who are to blame.

One woman tried to use her toilet as a garbage disposal, tossing a whole potato from a batch of leftover stew into the bowl because the disposal was on the fritz. In a separate head-scratching instance, one desperate cook tried to flush a whole ham bone down her commode.

For the record, this one isn’t as troubling as it sounds. Did you know that funeral homes are legally permitted to dispose of waste material via plumbing? This helps small facilities keep their costs down, allowing materials like fluids and blood to be discarded down the toilet.

In another twist, prosthetic limbs have made their way to the plumbing. One plumber made the fascinating discovery of a prosthetic leg tucked inside a septic tank. Obviously finding some humor in the situation, he cleaned off the limb and took it home as a trophy.

There’s no end to the truly crazy things plumbers find on the job each day, and it keeps the job interesting for sure. While you might not have a clog caused by last night’s dinner, or a flood from a small fortune, the team at Terry’s will see you through any plumbing need. Get in touch to discuss general maintenance or major projects with our expert professionals.