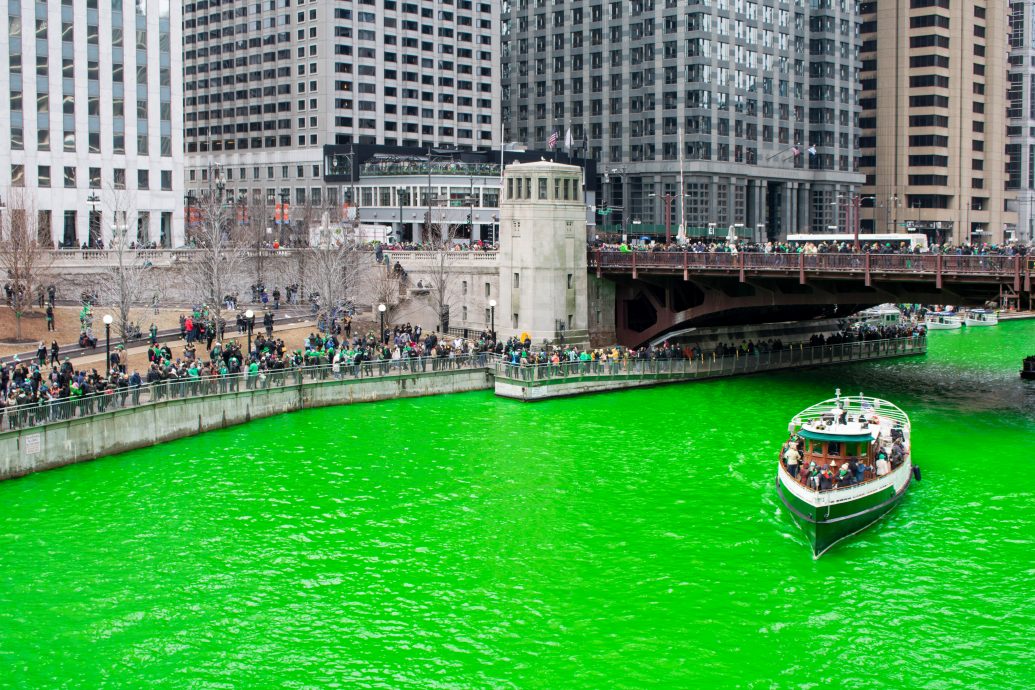 How Do They Dye Rivers Green for St Patrick’s Day?

St Patrick’s Day is just around the corner and across many cities, people will be seeing their rivers turn green! How does it happen? Whether related to the holiday or not, everyone likes things to be green for St. Patrick’s Day. We like to take a break from our day-to-day work life and use this as an excuse to drink, dance, wear ridiculous amounts of green and even dye our rivers!

How Do They Dye Rivers Green?

In many cities, like Chicago, the river is dyed by The Plumber’s Union. Basically, they pour what is a bunch of food coloring into the river. Its powder based and using a recipe that was originally designed to find leaks in a building’s plumbing—the same basic principles of dye testing.

The dye must be put into the river and then churned up via boats to produce the green hue. This can take around 45 minutes. It’s estimated to use about 40 lb. of dye to get a river the right festive color of green.

Why Do Cities Dye Rivers Green for St. Patrick’s Day?

For fun! The dye that’s used currently, while a secret recipe, is harmless to people and the environment. The original dye used caused some problems, thus the formula was quickly changed and has been considered safe ever since. The green doesn’t last longer than a day and it brings a lot of people make their St. Patrick’s Day festivities a little more, well, festive!

As plumbers, there’s not much that we get to do that’s considered “fun.” We do important work that people can’t live without, but we don’t often get to “play.” Dying rivers green one day a year is just a little thing we like to do to help people have a little fun.

The same method used to dye the river can help you test the flow of your water at home! Read about Super Terry’s dye testing services.