Why Mario Became a Plumber

Super Mario Bros: We’ve all heard of Mario and Luigi. Most of us have even played a game or two that boasted these hard-working characters. No matter the parts of the games you play, there’s almost always two things in common–Mario and Luigi have their hats on and are wearing work clothes.

But what exactly is it that Mario does? According to an article released in 1988 by New York Times, he was a janitor. 25 years later in 2013, New York Times released a statement saying the writer had been mistaken and that Mario is really a plumber. But what made him choose the same profession as so many hardworking Americans? We at Terry’s Plumbing set to find out.

Why in the world was he created as a plumber? What significance does this occupation have in the Mario video games? Let’s take a quick look:

Mario’s profession was determined by his creator and chosen to fit the design of the world that he played in. At first, when appearing in Donkey Kong, Mario was a carpenter called “Jumpman” because the setting of the game was on a construction site. When he made his debut in Mario Bros., his creator chose to change his profession to a plumber which makes perfect sense given the vast amount of pipes & underground worlds that much of the game takes place in. 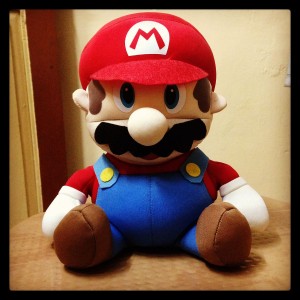 From Carpenter to Plumber

As said above, Mario first appeared as a carpenter in earlier games, but when the construction site he worked on transformed into a land of mushrooms, it was obvious that his carpenter skills were needed no more. Instead, there was a high demand for plumbers. In the games, you can see pipes and mushrooms everywhere. These mushrooms probably started popping up because the pipes weren’t properly fixed by the plumber before Mario. Mario, however, noticed his old profession wasn’t in demand and the world he was living in was in desperate need for a good plumber, thus being why he switched professions. However, we may question how skilled of a plumber Mario is given the large amount of man-eating plants we see erupting from the pipes.

Games Featuring Mario as a Plumber

Mario is depicted as a plumber in several of the series found in the Mario video game franchise. Some of the more notable games from these series where Mario is a plumber include: 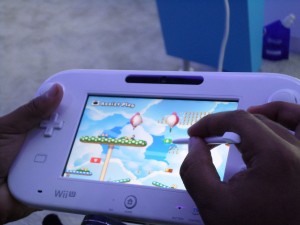 When Mario travels through the different worlds featured in the Mario Bros. games, you will notice he often goes up and down pipes. His ability to do this effectively is largely influenced by his plumbing skills. If he wasn’t highly trained and talented as a plumber, he wouldn’t be able to transport himself through the pipes like he does. All in all, it was a great career move for Mario to make. Although he was first a carpenter in Donkey Kong, there’s no denying that his role as a plumber in Mario Bros. is what gave him worldwide success.

It should also be noted that our hero Mario is well versed in a large number of professions, including:

Our friend Mario has certainly shown his ability to wear multiple hats! However, hopefully he is still employed as a plumber for generations to come.