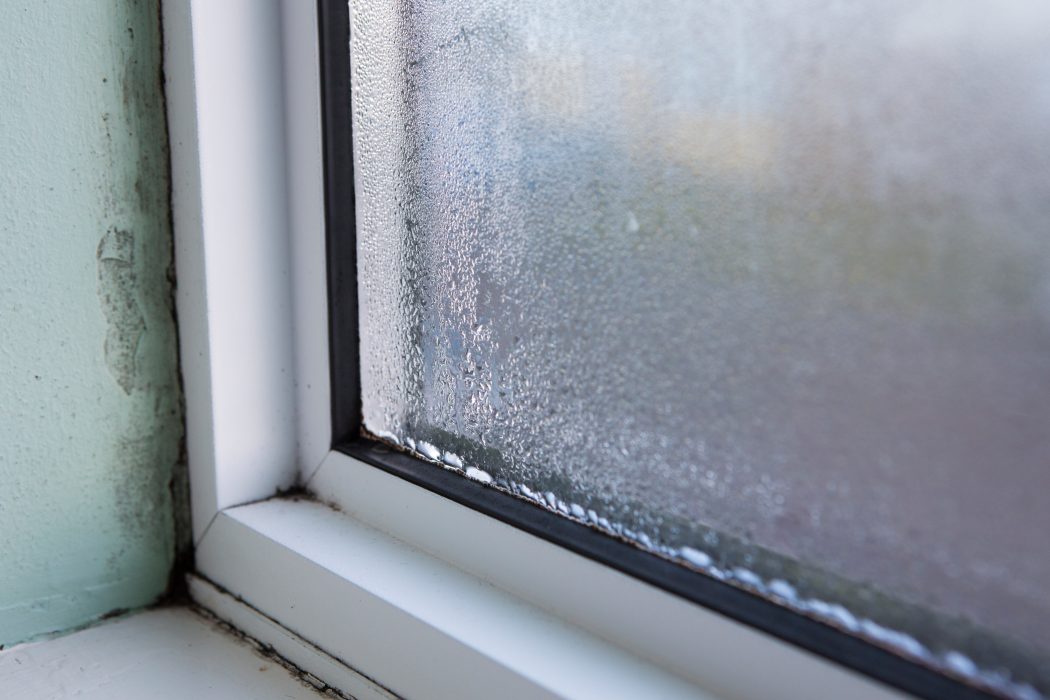 What To Do About Condensation in Your Bathroom

While not as big of a problem as mold, mildew or limescale, condensation on various surfaces in your bathroom can lead to discoloration or staining over time. Condensation in your bathroom is especially prevalent during the warmer months of the year. What causes it and what can you do about it?

Time for a quick science lesson. Condensation happens when water vapor in the air changes forms into liquid water. It is the reverse of evaporation. It can be produced in two different ways: the air which holds the vapor can be cooled to its dew point—the temperature at which condensation happens, or the air can be so saturated with vapor that it cannot possibly hold any more.

The droplets found on cars or lawns in the morning is the result of the air which contains water vapor falling below the temperature of the dew point throughout the evening. The cooled air hits the warmer objects and condenses, thus producing a liquid.

So, why does condensation occur in your bathroom?

Bathrooms become extremely humid environments when moisture is released into the air during a hot shower, bath or even running the sink for long enough. The temperature of the water heats up the air confined in your bathroom and creates water vapor molecules. When these molecules make contact with a cold surface, such as a mirror or porcelain, the vapor condenses producing fog. This is why it’s nearly impossible to see into your mirror post-shower.

Again, it’s annoying when your mirror is all fogged up, but other effects of condensation can be seen much later. As water liquifies and settles on bathroom surfaces, it can leave behind deposits of minerals and other particles—especially if you have hard water. This can lead to discoloration or staining over time.

How to reduce condensation in your bathroom

There are two primary factors that reduce condensation: air flow and heat. Altering these components is the best way to combat excessive condensation. If this is an issue for you, there are a couple different tricks you can use when you take a shower.

The first option is taking a cooler shower. While not the most comfortable, a cooler shower means a lower air temperature which means hot air doesn’t make contact with the cool surface of a mirror or other surfaces.

Another option is to turn the heat up in the bathroom. By maintaining a higher temperature, surfaces will not be as cold and thus less likely to attract water vapor when the hot air from a shower makes contact with them.

Depending on where your bathroom is, this might be one reason you notice more condensation in the summer. You might notice that your bathroom is one of the cooler rooms in the house, even during the summer. That’s because most surfaces in the bathroom don’t retain a lot of heat, so even though it’s hot outside, your bathroom stays chilly.

Believe it or not shaving cream is another helpful way to combat excessive condensation. Shaving cream leaves a very fine residue behind when it is removed from a surface. Applying shaving cream to a mirror and using a paper towel to wipe it away does just this. The residue that remains serves as a barrier between the mirror’s surface and the water vapor that condenses. This barrier keeps the mirror from fogging up and can continue to keep it mist-free for several weeks.

Have some bathroom issues a little bigger than condensation?

Do you have bathroom issues you can’t fix yourself? Super Terry has your back. Contact us today.