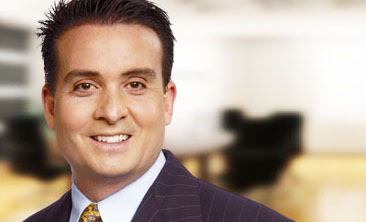 The 5 Most Inspirational “Get Marty” Stories

You’ve all seen the local news segment on KDKA, where reporter Marty Griffin addresses social justice issues in the Pittsburgh area. This week’s posting is dedicated to the 5 best Get Marty segments and we’ve included a very special episode at end of this blog post!

Angie Kervelis is a woman with stage 4 cancer who had plans to go see Garth Brooks in concert. When she was told that her next round of chemotherapy would coincide with the upcoming concert, she called Ticketmaster repeatedly seeking a refund, but to no avail. When she contacted Marty, Ticketmaster’s senior vice president of communications called her personally to apologize and offer her a refund. Ticketmaster also gave her a $100 gift card for her trouble–and best of all, she was still able to go to the concert when a friend stepped up and offered her tickets for an earlier time.

2. Man Gets Help With Wife’s Funeral

3. Man Goes Without Shower for 6 Months Due to Insurance Problems

Judy Rowley’s grandfather was awarded a purple heart for an injury he sustained in battle during World War I. The medal was passed down to his son in 1951, but was stolen from the property in 1976. The medal didn’t resurface until 1996 when it was found in a different state along a river after a major flood.

The medal was found by a veteran who held until on to it until he died just last year. At that time, his wife set out on a mission to find the owner of the purple heart. With help from social media and Get Marty, Judy Rowley’s family was reunited with the medal.

5. Widow Facing Eviction Gets Help from ALCOSAN Board Chairman and Terry’s Plumbing

Elmer Goettel had been paying his sewage bills for over 40 years when he found out that his home wasn’t hooked up to the sewer line. After being told that he must pay to hook up his home to the sewer line or face eviction, Elmer contacted Get Marty. Tragically, before the issue could be resolved, Elmer lost his life in a car accident.

In the midst of her grief, his widow, Carolyn, was still facing possible eviction. With help from the ALCOSAN Board chairman and our very own Terry Mertz, that sewer line is now being installed, and Carolyn will be able to keep her home.

Terry’s Plumbing was honored to be mentioned in Get Marty’s recent episode, and was honored to help Carolyn Goettel save her property. We hope that you enjoyed watching these entertaining and inspirational episodes of Get Marty, Pittsburgh’s moral compass.