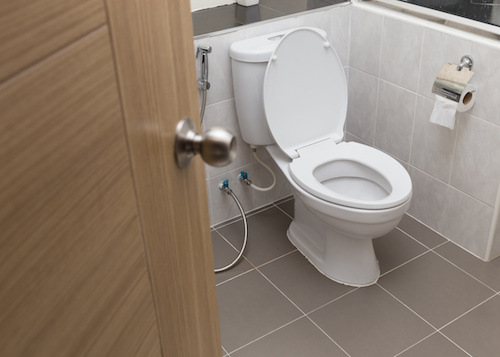 This Toilet Turns Waste Into Power

The Nano Membrane toilet may sound like a prop from Star Trek, but it’s an actual invention that could soon change the lives of thousands or millions of people in developing nations. What makes this toilet so great? Read on to find out for yourself.

Water-Conservation at its Most Impressive

Whereas traditional toilets use water to flush human waste down a series of pipes into the sewer, the Nano Membrane toilet uses no water at all. Instead, an internal rotating mechanism replaces the flush and moves human waste through the unit. Traditional household toilets will use anywhere from 1.28 gallons per flush to 7 gallons per flush, and will use anywhere from about 2,000 gallons per year to about 13,000 gallons. By requiring no water, the Nano Membrane toilet saves thousands of gallons of water on an annual basis.

The amount of electricity generated by the Nano Membrane toilet is relatively small, but it will power a cell phone or another small electrical device, like a cell phone. Since more people have mobile phones than toilets, this could be a big deal. In addition, the ash produced by the Nano Membrane toilet turns into a fertilizer that can be used in a garden or on a field.

Keeping the Smell at Bay

In traditional toilets, water serves a very important function: it hides the smell of human waste. Waste exposed to air will begin to stink, and hiding the waste in water can help stop that smell from spreading. Without that water to keep the smell under control, a toilet could begin to stink very quickly.

One of the great things about the Nano Membrane toilet is that the rotating device inside the bowl helps rotate the waste out of the bowl as quickly as possible. This protective membrane stops the smell from spreading.

In poor areas of the world, bathrooms are often unsanitary or non-existent. A full 1/3 of the people in the world live without access to a toilet, many in part due to the lack of adequate plumbing. As a waterless toilet, the Nano Membrane toilet can be installed in homes that have no access to a sewer line whatsoever. If made available to those people in need, the Nano Membrane toilet could improve the quality of life for millions of people all over the world.

What do you think about the Nano Membrane toilet? Leave your comments below! For more information about all the latest plumbing inventions and technology, contact Terry’s Plumbing. We’ll be happy to keep you apprised of all the great new plumbing fixtures coming out in 2016.