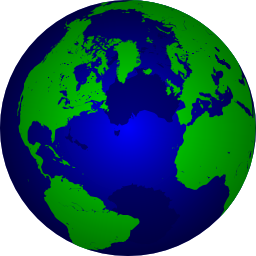 Toilets Around The World

A toilet is something you use multiple times during the day. However, you may not realize how different toilets are made across the world. If you’ve ever been out of the U.S., you know that toilets in foreign countries can look peculiar. Whether they flush in the opposite direction, are comprised of different shapes, or contain a simple hole in the ground in place of a seat; toilets around the world vary in numerous ways. The American toilet, otherwise known as the porcelain throne is only one of the many designs of toilets around the world. In addition to design, the functionality of American toilets differ from toilets in some other countries. Here’s a glance of some worldly toilets.

Toilets In The US

Just your standard American toilet. No further explanation really required for most of you.

Toilets in Japan are known as some of the most sophisticated toilets out there. The most common toilet seen in Japan today is the bidet toilet, which contains multiple settings of washing and seat warming capabilities. Some of the most advanced in the world, these toilets have various electronic settings programmed into them.
Squat toilets are the complete reverse of electronic toilets and a much more simplistic take on using the bathroom. A mold structured into the floor of the toilet intended for the person to squat above it when using the bathroom, deriving from the name of the toilet.

Toilets in Germany and other parts of Europe are more similar to toilets seen in the US. However, instead of a flush lever found on American-made toilets, toilets in Germany have two different buttons designated to flush. The purpose these buttons is to conserve water depending on the type of waste. This style of flush buttons are seen most commonly in public restrooms in Europe.

These toilets are just a few examples from around the world. As you can see, toilets in America have different designs and capabilities compared to others around the world. It’s interesting to see each country’s take on toilets and bathroom habits. While Japan takes a more high-tech approach to their bidet toilets, the US and Europe seem to take a more simple approach to the art of going to the bathroom. Worldly toilets do differ in functionality but the main difference between toilets in varying countries is the design preference that coincide with the norms of each culture.