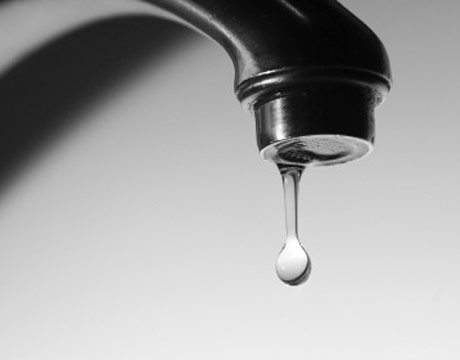 When Should You Call a Pittsburgh Plumber?

Often times we call plumbers for large projects such as replacing pipes, or installing toilets, but sometimes it’s the smaller problems that need the most attention. A leaky faucet may not seem like a big deal, but letting it drip can end up costing you way more than necessary. Calling a Pittsburgh plumber today about your dripping problem will help to prevent these four potential dangers.

When water leaks, where it’s leaking can start to grow mold, especially if it’s in a moist area like a bathroom or a dark drain. It starts out as black and white spores, ultimately growing to a thicker and potentially health hazardous mold. For those with allergies, mold can often lead to coughing and respiratory issues and even for those without allergies, mold can be very toxic. The worst part, if you can see the mold, it’s probably way worse than you think. In places like the sink, mold peaking from the drain or faucet is usually just the tip of the iceberg and can be found stretching deep down into the drain or up into the faucet.

Gross stains aren’t just a visual issue, but can be a structural issue as well. The constant drip and dribble of a leaky faucet can cause residual buildup of minerals and ultimately weaken the infrastructure of a sink. This can lead to having to replace an entire sink when originally all you had to do was just get a faucet fixed!

Most faucets and piping exteriors aren’t built to fight the perils of long term exposure to water. An unattended leaky faucet can cause the lip of a faucet to rust and corrode, making the water coming from the faucet less safe to use and even hazardous. Additionally, if your faucet is now corroded and rusted, you’re going to want to spend the money to replace the entire faucet, an expenditure that will cost you way more than just fixing the original drip.

Fine. Ignore that leak as much as you want, but it will be hard to ignore once your water bill arrives. According to the U.S. Geological Survey’s website, a single faucet that leaks 3 to 4 times a minute uses an entire extra liter of water a day. That’s an extra 11.5 gallons of water a month, which means you’re paying for an extra 138 gallons of water a year that you’re not even using! An unnecessary sum of money that can be avoided with a simple call to a Pittsburgh Plumber.

A single drip can lead to a puddle of a problem. So if you hear a drip, don’t ignore it! You can easily avoid the hassle, worry and enormous bills that are caused by a leaky faucet by simply calling a Pittsburgh Plumber. And with Terry’s Plumbing you’re guaranteed to get an honest estimate to quickly resolve the problem. Because when you call Terry’s today, you “Don’t Go to Bed With That Drip Tonight.”

One thought on “When Should You Call a Pittsburgh Plumber?”